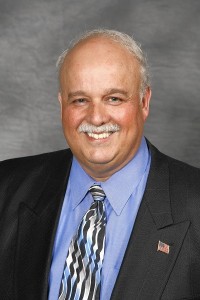 The Glenbrook Foundation recently awarded scholarships to students at Glenbrook South and Glenbrook North High School in their end of the year awards ceremonies.  This year, the family of Irwin Lyons, former President of Glenbrook High School District 225 Board of Education, chose to honor Lyons’ memory with a scholarship in his name.  Lyons served two four year terms on the District 225 Board of Education ending in 2009. He also served two terms on the School Board of Glenview Elementary School District 34.

Lyons had a longstanding reputation in the community for volunteerism.  He was a former member of the Glenview Naval Air Station Reuse Task Force and at the time of his death last July, he was serving as a member of the Illinois State Comptroller’s Local Government Advisory Board.  He served on the Oakton Community College Institute for Business and Professional Development Advisory Board.  During his time at Oakton, he lectured for 12 years on governmental accounting and reporting.

Irwin served the Illinois CPA society as chairman of the governmental technical standards section of the ethics committee and was a member of the task force to improve government audit accounting.  He was honored in 2014 with a special achievement for volunteerism.

Both of Irwin’s childeren attended GBS and he handed them their diplomas as they walked across the stage.

In his spare time he was a devoted son, husband, dad and poppa and an accountant with over 40 years of experience, the last 22 in Deerfield based Miller Cooper and Co. where he was a retired partner who still worked pretty much everyday.  He was known for his work with the finances and tax strategies of cities, townships and school and park districts.  Irwin was treasurer of Chairway Riders – a local motorcycle club where he was an avid participant. He rode across America and in many charity events such as Toys for Tots and the R2R – the ride to remember to honor victims of the Holocaust.

He was not one to bring attention to his accomplishments for his volunteer work.  This scholarship is just one small way for his family to continue the work that he started.