Students of the Glenbrooks receive an exceptional education and alumni of the Glenbrooks go on to be leaders in their communities in the areas of technology, business, education, performing arts, and athletics.  Here are a few of our most recent distinguished alumni. 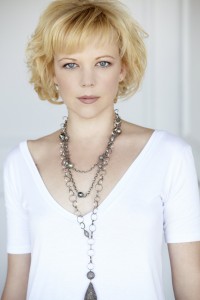 Emily Bergl is a successful professional actress who has appeared in numerous film and television roles, as well as on Broadway in “Cat on a Hot Tin Roof.”

Ms. Bergl graduated in 1997 from Grinnell College with a Bachelor of Arts degree in English and theatre.  During her college years, she spent a semester studying with the National Theater Institute at the Eugene O’Neill Theater Center.

Ms. Bergl’s big break came with the lead role of Rachel Lang in the 1999 film, The Rage: Carrie 2, the sequel to the 1976 supernatural thriller Carrie.   Ms. Bergl has appeared in episodes of the TV shows Gilmore Girls, CSI:Miami, Medium, Law & Order: Criminal Intent, NYPD Blue, Star Trek: Enterprise, Men in Trees, and Desperate Housewives.  She has also appeared in the psychological thriller Chasing Sleep, opposite star Jeff Daniels.  In 2002, Ms. Bergl had a major role in the Steven Spielberg miniseries Taken.

Ms. Bergl’s cabaret show “Kidding on the Square” opened at the historic Algonquin Oak Room in New York City in 2011.  In 2013, Ms. Bergl appeared in The Comedy of Errors with Jesse Tyler Ferguson at the New York Shakespeare Festival. 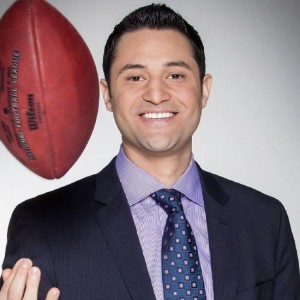 Mike Berman recently joined the NBC 5 Sports team where he will be covering all the Chicago-area teams he grew up cheering on.  Mr. Berman is coming home from the CBS affiliate in Indianapolis where he has been a sports anchor since 2014.  Berman has a degree in Broadcast News from the School of Journalism at the University of Missouri. 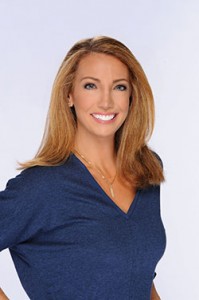 Melissa Foreman  is an accomplished radio and TV personality who is currently co-hosting Chicago’s WCIU-TV’s You & Me This Morning.

Ms. Forman graduated from the University of Illinois at Urbana-Champaign and was honored as a distinguished alumnus of GBN in 2008.  After college, Foreman’s radio career began when she interned at Mix 94.5 in Champaign, Illinois.  That led to a successful on air partnership with Jerome Ritchie.  She then moved to Cincinnati where she worked at Mix 94.1.  In 1999, she moved back to Chicago where she hosted various radio shows.  In 2001 she started hosting morning drive at WLIT-FM 93.9 in Chicago until August 2009.

Ms. Foreman has been one of only a few women to lead a morning radio show and the first woman in the country to host both a show in the morning and afternoon drives at the same time. 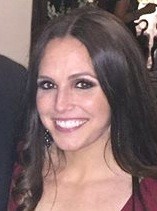 Amanda Martinsen (Georgopulos) graduated from the University of Iowa with a Bachelor’s degree in Business and received her Master’s degree in Education from DePaul University. Ms. Martinsen taught in Chicago Public Schools for three years and now she teaches at her alma mater, Glen Grove Elementary School in Glenview. She is also the program director and founder of a nonprofit organization, The Nora Project.
Last school year, Ms. Martinsen, with the help of her teammates, created the Nora Project, which sparks friendships between students and their peers with disabilities. The project teaches 4th-6th graders lessons of empathy, kindness, inclusion, and disability awareness. Amanda was awarded the IEA Reg Weaver Human and Civil Rights award for her work on this project. To learn more about The Nora Project nonprofit organization please visit http://thenoraproject.ngo 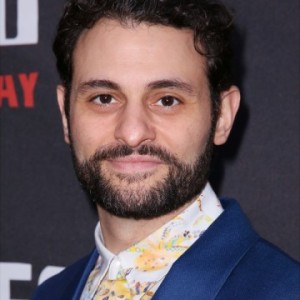 Arian Moayed is an award winning actor and theater producer in New York City.  He received his Bachelors Degree from Indiana University in 2002 where he was active in the theater department.

In 2010, Moayed appeared in the play Bengal Tiger at the Baghdad Zoo on Broadway opposite Robin Williams.  Moayed received a Tony Award nomination for Best Featured Actor in a Play for his portrayal of Musa in 2011.  Moayed also received a Drama League award nomination and received a Theater World Award for the same role.

As a film/TV actor, Moayed just finished shooting Barry Levinson’s newest film Rock the Kasbah as a lead opposite Bill Murray, Bruce Willis and Kate Hudson. Last year, he starred in Alfonso Cuaron/JJ Abrams’ TV Series, Believe, for NBC. This fall, he will be co-starring in Jon Stewart’s directorial debut Rosewater. As an Artistic Director of Waterwell, which he co-founded in 2002, he has helped devise over a dozen original productions including GOODBAR (Public Theater), The|King|Operetta, Marco Millions and The Persians.  He currently teaches in and administers the Waterwell Drama Program, which partners with the Professional Performing Arts School, one of the leading high school drama programs in the country. 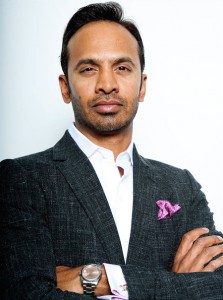 Mr. Thukkaram is a Member of the Council on Foreign Relations and serves on the Advisory Board of the Center for Strategic and International Studies. He has represented the United States in foreign policy forums as a guest of the governments of Sweden (2011), Canada (2010), Malaysia (2009), and Japan (2007).

Mr. Thukkaram is the benefactor of the Navin Thukkaram ’03 Fellowship at Harvard Business School and the Thukkaram Room at Hampden-Sydney College. He has spoken on the topics of technology and investing at various institutions, including Columbia Business School, NYU Stern, NYU Law, and the University of Chicago.